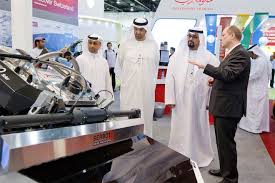 Last week I visited Dubai and Abu Dhabi in the United Arab Emirates, statistically the 8th highest producer of CO2 emissions per capita and certainly one of the least sustainable places on the planet Earth. The point of my visit was for the 8th World Future Energy Summit (WFES) at Abu Dhabi’s National Exhibition and Conference Centre (ADNEC), and while the summit is a great platform for meeting new business partners and getting an entry point to the Middle Eastern market, it exposes some of the fundamentally unsustainable practices of global summits as well as the glaring short-fallings of the Middle East with regards to implementation of low-carbon technologies when compared to their projected global image. I will briefly explore some of the benefits of the summit when compared to the ironies involved with the region in which it is hosted, and my thoughts on the main barriers to implementation of renewable energy in the region.

Main benefits of the WFES include:

Before we delve in to the ironies associated with hosting the WFES there are a few things about the UAE I learned on my travels that I should clarify real quick:

Now that we have the scene set for how care-free the life of an Abu Dhabi energy consume must be, here are some of the main ironies of hosting WFES in Abu Dhabi and down-right “energy crimes” I noticed whilst I was there:

Due to the UAE’s excessive energy use and continued economic growth they are now a net importer of gas despite once having huge gas reserves. This will hopefully spurn on the development of cost effective renewable energy sources, but there is no evidence of the sustainable infrastructure investment required to provide the quantities of energy currently consumed.

I recently noticed that WFES has some unfortunate implications associated with its own name and branding. World “Future” Energy Summit implies that these technologies are futuristic, and so will be implemented in the future. Therefore, development of them “today” is not the implied goal when it most certainly should be. It’s 2015 for Christ sake!

However, many barriers exist in the region that do not exist in many other places in the world. Inhabitants of Abu Dhabi and Dubai are already living in a highly synthetic and energetic state of human existence, in the middle of a desert which should never be able to support a population of 4 million with water, food and energy. This echoes what parts of Europe and America may look like in a post-apocalyptic climate change scenario. The highly complex and fragile ecosystems that prevail throughout much of the northern and southern hemisphere have no comparisons in the region, and so less sensitivity exists to the extinction of fauna and flora species.

Two of the most common trains of thought for encouraging self-enforced individual sustainable behaviour patterns are:

Neither really apply to the local inhabitants of the Middle East. For example, the local health benefits of replacing internal combustion engines with electric car has less sway – cigarettes cost about 50p per pack.

Some lines of discussion that may be persuasive:

A carbon trading scheme may be our best bet for reining in carbon emissions and avoiding catastrophic climate change, but I’m afraid that a global carbon tax would never be taken up by the Middle East. Their lifeblood is oil exports, and no political move will trump this vast wealth creation system they depend on. I think this may be why innovation in the renewables sector has not in reality been led by the UAE, despite driving to go green nearly a decade ago with the formation of Masdar Institute, Masdar City and the World Future Energy Summit. Don’t get me started on Masdar City, we don’t have time…